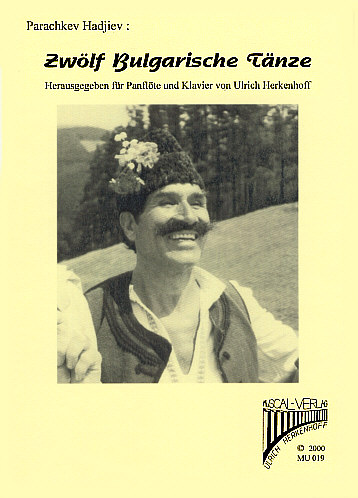 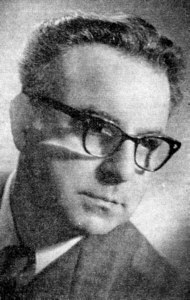 Parashkev Hadjiev is son of Todor Hadjiev. His versatile creative, pedagogic and social work won him recognition as one of the leading figures that shaped the Bulgarian professional music and music culture in the second half of the 20th century. He graduated from the State Academy of Music (1936) majoring in Piano under Andrey Stoyanov and Composition under Pancho Vladigerov. In 1937 he specialised with Joseph Marx in Vienna. From 1938 to 1940 he studied Composition with H. Tissen at the Hochschule fьr Musik in Berlin. Upon return he taught Harmony at the State Academy of Music. In 1947 he was appointed Full Professor of Harmony and Composition, a post he held for over forty years. He wrote textbooks of harmony and music theory essentials. He chaired the Union of Bulgarian Composers (1990-92).

He is the most prolific Bulgarian stage music composer, for he wrote 21 operas, 6 operettas and 3 musicals, 1 ballet, etc., performed over 150 times and characteristic for the Bulgarian opera and operetta repertoire after the 1950s. Some of the works were staged in Belgium, the Czech Republic, Germany, Russia, etc. He also wrote symphony and chamber music, over 500 choral songs, more than 1000 children’s and school songs, 20 pop songs, over 500 arrangements of traditional songs, film music. Substantial part of his work was published. It is still used for pedagogic purposes. He won the most important Bulgarian State awards and distinctions.