English-version of this page: 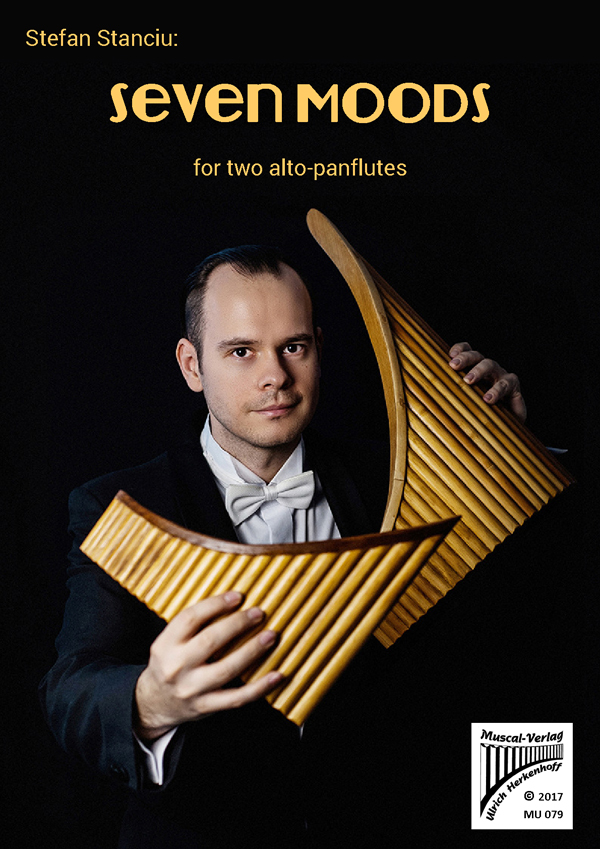 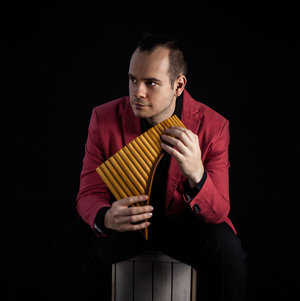 I am a versatile musician. As a composer and musician my spectrum covers music genres from classical music to folk and electronic music. As a musician my main instruments are pan flute and oboe. My repertoire is wide. I play as soloist in ensembles and bands every now and then, both in Finland and abroad. My performances have taken me to France, Romania, Spain, Austria, Singapore, Taiwan and Holland, to mention but a few.
I started to play the pan flute at the age of seven and released my first album already at the age of eight with a Finnish publishing and broadcasting company. In addition to performing in hundreds of concerts as a soloist, I have released 10 albums that consist music from different genres. Last 4 albums are focused in classical music.
I have been a pioneer in Finland when talking about pan flute as an instrument in music institutions and music pedagogy. Traditionally, the pan flute has not been included in the official educational program of music in Finland.
I began my education as a flautist and oboist. I majored in the oboe at the Helsinki Conservatory, the pan flute being accepted as my additional soloistic subject. In 2003, I passed the soloistic examination in pan flute. It was the first time the pan flute was accepted as
an instrument for professional studies exam in Finland.

In 2007, I graduated from Stadia University of Applied Sciences (nowadays Metropolia), as oboe and pan flute pedagogue. I was simultaneously concluding my studies at the University of Jyväskylä. My master thesis focused on determining which parts of the classical repertoire composed for other instruments are technically and musically possible to play with the pan flute. In 2008, I graduated from the University of Jyväskylä, Department of Musicology as Master of Arts (filosofian maisteri).

In 2012, I enrolled to a master’s degree Program at Sibelius Academy, the Department of Folk Music. My ambition was to learn to play archaic instruments, improve my knowledge in the roots of Nordic archaic music and do research on whether the pan flute works as an instrument to perform and interpret Finnish and Scandinavian folk music. I was, and still am, particularly interested in combining folk music with modern electronic music. I graduated from Sibelius Academy in December 2014 as Master of Arts (musiikin maisteri).

In the beginning of 2017 published German Muscal-Verlag my pan flute book called Step-By-Step-Guide which is useful for every pan flutist, whether player is a beginner or even professional. Every tune, etude or duo is composed by me and each work has its own purpose in pedagogical sense.

In the same time started my career as a composer. My first major work got finished in the end of 2016, which was composing a concerto for pan flute and orchestra. This work might describe my genre as a classical composer: The concerto is more neo-romantic than modern classical, but it also has a hint of folk in it. This work had its premiere in November 2017.

In Autumn 2017 I started my composition studies at Tampere Music Academy (TAMK Tampere University of applied sciences). My composing teachers are Hannu Pohjannoro and Paavo Korpijaakko.

In the year 2018 I finished my composition: Concerto for pan flute and wind orchestra. It was presented in December 2018 in Taiwan at International band festival with Chia Yi Wind Orchestra. I was in the same time the soloist in this concerto.

Between the years 2009-2017 I worked as oboe and english horn player at the Helsinki Police Band, a professional wind orchestra. Nowadays I continue my composing studies, teaching the pan flute and continuously extending my classical, electronic and folk music repertoire and performing regularly with various bands, orchestras, and classical music ensembles.